With more than 4,600 congress participants, the DOG 2016 reached a successful conclusion. On the theme “Ophthalmology – an all-embracing discipline”, doctors from 86 countries informed themselves about new findings from research, diagnostics and therapy. In addition to keynote lectures by international specialists, highlights included the awarding of the Albrecht von Graefe Medal to Professor Eberhart Zrenner.

The aim of this year´s congress was to demonstrate the full spectrum and importance of the field of ophthalmology. “We achieved this goal, as the very high number of participants underlines; among the participants were 2850 professionals”, declared DOG President Professor Dr. med. Horst Helbig. “Disorders of the eyes are widespread and have enormous societal relevance” adds the director of the Clinic and Polyclinic for Ophthalmology at the Regensburg University Hospital. “About eighteen million Germans are affected by eye diseases and eye surgeries rank among the most frequent interventions in Germany.” According to experts, the demand for ophthalmological care will increase by a further twenty percent in the coming twenty years. 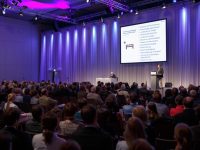 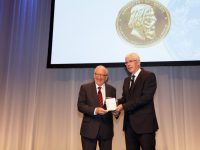 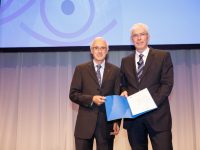 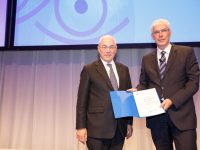 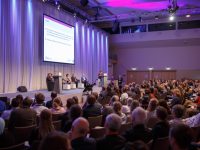 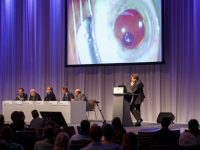 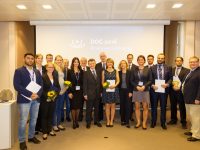 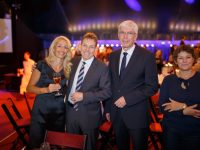 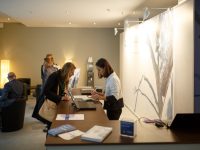 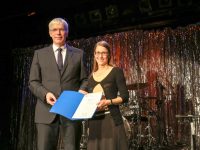 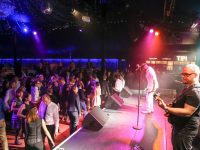 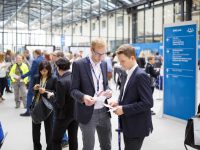 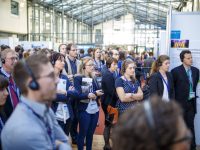 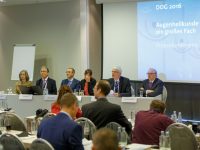 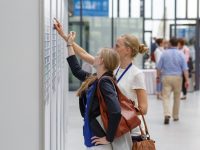 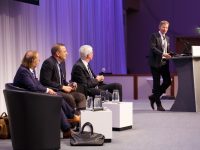 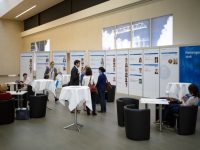 This year, the outstanding scientific highlight was the awarding of the Albrecht von Graefe Medal to Professor Dr. med. Dr. h.c. mult. Eberhart Zrenner, inventor of the electronic retinal implant. The DOG awards the medal only once every ten years to leading researchers. “Whether organ replacement, transplants, gene therapy or retinal chips – Eberhart Zrenner impressively demonstrated in his lecture that ophthalmology has taken over a pioneering role in many medical fields”, stated Helbig.

Additional scientific highlights included the keynote lectures by Professor Minas Coroneo of Australia and Professor Morten Dornonville de la Cour from Denmark. “These two experts presented practical topics for their keynote lectures”, says Helbig. “Professor Coroneo explained why one has to protect the eye against sunlight and Professor Dornonville de la Cour reported on the relation between cataract surgery and retinal detachment, which is also a hot topic.”

In addition, new formats were well received. In the symposium “From Saul to Paul”, experienced ophthalmologists reported how they changed their opinion on medical standards during the course of their work. The meeting “Learning from mistakes” in turn linked to the culture widespread in Britain to discuss wrong decisions openly – the lecture hall was filled beyond capacity. “I thank all speakers for their courage to meet these new contents”, stated Helbig.

There was an uninterrupted flow of participation to the further education program “DOG-Update – State of the Art”. For the fourth year in a row, experts presented the most important publications of the past twelve months in ten meetings lasting 45 minutes each. This format offers participants a comprehensive refresher of their knowledge and concrete recommendations for diagnostics and therapy in clinic and practice”, reports Helbig.

The framework program once again elicited great response. Performing their classical masterpieces this year in the chamber music hall of the Berlin Philharmonic Orchestra, the “DOG in Concert” musicians earned wild applause. The opportunity for active balance was also well used at the traditional charity run by the Stiftung Auge. “Many congress participants gave us feedback on how important it is to meet in an informal setting as well and maintain contacts”, reports Helbig.

The next DOG congress will take place under the presidency of Professor Dr. med. Thomas Kohnen. The director of the Frankfurt University Eye Hospital has selected the motto “German Ophthalmology International” for this event. From September 28 to October 1, 2017, the DOG will meet in the Estrel Congress & Messe Center in Berlin. The first vice president and thus also congress president in 2018 will be Professor Dr. Nicole Eter, director of the Münster University Eye Hospital.

In addition, newly elected into the executive board were: Professor Dr. med. Norbert Pfeiffer from Mainz and Professor Dr. med. Marius Ueffing from Tübingen, who assumes the newly created position as the representative for qualified ophthalmologic university lecturers working exclusively in the field of experimental ophthalmology. 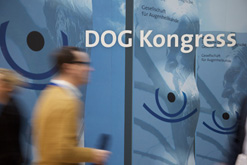